There is:
– voice notification of the name of the stream (radio station) after switching in the list
– manage to define click count to specifed action (1 to 6 clicks)
– manage different variants of configuration clicks to action (1 to 5 configuraion)
– manage alternative voice command
– multi-window mode for big button for activation voice and digital clock.
– toast trackname if changed.

For fired: a special mode during playback for controlling only the volume and only for a wired one-button headset with a quick response to pressing the headset button (less than 300ms). Fast pressing increases the volume, slow pressing decreases. The activation of this mode and the direction of control can be changed in the advanced settings in the options section for a wired headset.

For bluetooth: if every second Play/Pause command is skipped during playback, you need to enable one of the options to replace it with the Next Track waiting for the event.
a) option starting from the second click: then the first click will be on the Play/Pause event, and the next on the Next Track.
b) option to always change the expectation to the Next Track: then you will need to use the Next Track event always when playing.

Check out the guide for the configuration and installation of the Poweramp Plugin Headset Voice Control App.

Some Fixes.
Introduced new volume control mode for wired headset only and new options
in additional settings:
1. In this mode, depending on the frequency of pressing the headset button, the volume will increase or decrease, you can change the direction.
2. In this mode, instantaneous control of only the volume. Read more Collapse 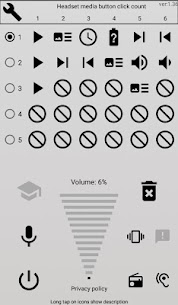 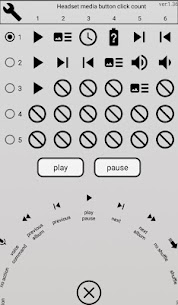