Test your knowledge of American states and their capitals.

– Quiz about states and capitals of USA
– Quiz about heritage sites
– Reference chart of every state’s geography and demography (population, surface …)
– Side by side comparison between two states 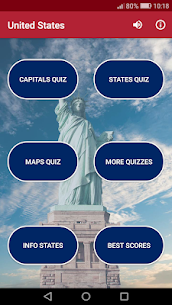 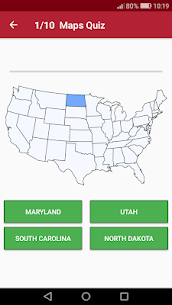